In November 2022, HSBC Mutual Fund, one of the handful of foreign asset management companies in India, announced that its takeover of L&T mutual fund is complete. That made bigger news than any of its mutual fund scheme ever did in the past many years, as HSBC India mutual fund’s performance has been ordinary. But newly-appointed co-CEO, Kailash Kulkarni has plans to localize this foreign fund house and do business, the India way.

In November 2022, HSBC Mutual Fund completed the acquisition of L&T Mutual Fund, making the combined entity the 14th biggest asset management company (AMC) in India, with assets under management (AUM) of Rs 85,839 crore at the end of December 2022.

HSBC Mutual Fund has absorbed the entire team of L&T Mutual Fund, and the CEOs of the two fund houses — Kailash Kulkarni and Ravindran Menon — have been designated co-CEOs of the combined entity.

With insipid performance, the going has been tough for HSBC Mutual Fund for the past many years. The fund house appeared to be in the throes of an existential crisis. Will this acquisition be enough to inject life into the fund house?

Moneycontrol talked to Kulkarni about the company’s immediate targets, the underperformance of its schemes, the rationale behind the merger, and his plans to crack the tough Indian mutual fund (MF) market:

Edited excerpts from the interview:

Despite two fund houses coming together, the combined entity is still not among the top 10 in AUM. How do you plan to get there? What are your top three goals for 2023?

The merger was complementary for both companies. The combined entity benefits from an enlarged research team. HSBC was present in only 10 locations; L&T was present in many more. Having more sales people will help develop the firm’s distribution strength, especially since we have multiple distribution channels. We will also benefit from a larger number of independent distributors (more from the erstwhile L&T MF), banks, and national distributors. Having a captive distribution network in HSBC Bank will also help. So there are synergies.

Our first goal is to reach the Rs 1 trillion mark in terms of AUM. We want to leverage HSBC’s corporate banking network, get more money in fixed income products.

Our second goal is to woo the ever-growing number of overseas Indians or Non-Resident Indians (NRI) and get them to invest in HSBC MF schemes. Our third goal is to bring to India our many international funds, once the foreign investment limits open up, that is.

And the fourth goal: provide advisory services to our international institutional clients on how to invest in India.

HSBC Mutual Fund has been around for close to 20 years. Do you really think it has what it takes to be among the top five or seven MF houses? It has had a very sedate existence. Distributors and advisors tell us that HSBC is not among the funds they recommend to their investors.

Would we want to be in the top league? Yes. But I think we need to take it step by step.

India is a very important part of HSBC MF’s global programme. The bank has been increasingly focusing on Asia. It doesn’t want to be known just as a Europe-focused bank anymore. Post the acquisition we’ll be present in over 30 towns and cities, we’ll be talking in local languages more. We want to acquire more customers in the smaller towns.

Also read | Is this the right time to invest in FDs or should you wait for a month?

The earlier avatar of HSBC MF was largely focused on urban centres, and possibly the upper-end of investors. But we want to go to the hinterlands of India. L&T MF has around 30-35 branches across India. This will now be branded as HSBC MF. Our brand will be visible in smaller towns like Kolhapur, Vishakhapatnam, Allahabad, and so on.

Perhaps all that benefits HSBC MF. But how does the acquisition help L&T MF’s investors? When L&T could have had better, far more established suitors, perhaps even from among the top 10 fund houses, why did it settle for HSBC MF, which has so far been unable to do much? Was money the only criteria? Did you all think about your investors?

No. Valuation wasn’t the only criteria.

I would like to take you back to where we started; why and how HSBC MF and L&T MF were a good fit. Both had their strengths. There needs to be continuity for investors and distributors. HSBC MF gains from L&T’s fund management team and distribution strength. L&T MF gains from HSBC bank’s distribution muscle and its bouquet of international products.

I don’t think a CIO will make a big difference in performance. Venugopal Manghat and Shriram Ramanathan as CIO (Equity) and CIO (Fixed Income), respectively, are well equipped to do the job.

Post the announcement of the intention to buy L&T MF, HSBC MF’s performance has really improved. There are two reasons for it. The press has been talking about L&T selling its stake in the MF business for a while. Whenever that kind of rumour hits the road, there is a slowdown in terms of new business coming in.

But ever since HSBC announced the acquisition, I think people understood that the whole team was going to be around, and the money started flowing in again. 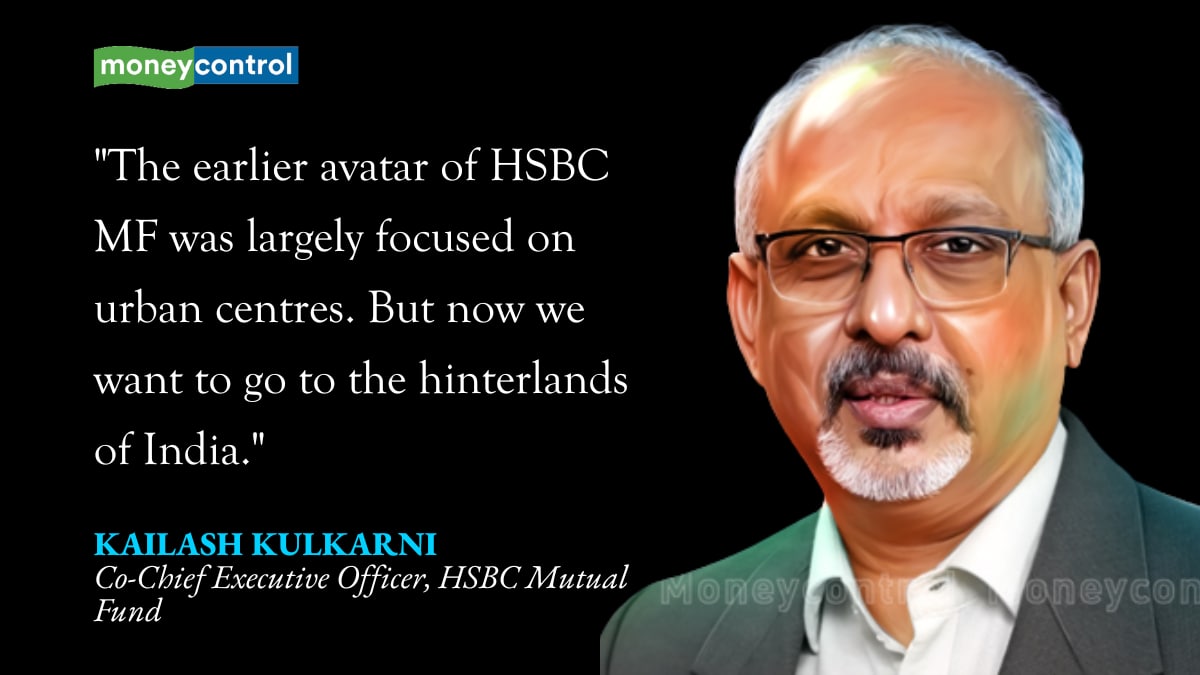 The team is extremely qualified and has great experience. On the equity side, Venu, Heenu Gupta (Fund Management, Equities), Neelotpal Sahai (Director, Indian Equities, and Head, Offshore Advisory), all of them have seen at least three (market) cycles. We are quite confident that the performance is coming back strongly.

It is said that foreign AMCs in India take a longer time to take decisions and get approvals for its products. How do you plan to Indianise HSBC AMC more?

HSBC is present in about 25 countries. When they undertook a restructuring exercise a few years back, they divided the world into two types of countries. One, where you can create a product in any part of the world and sell in any part of the world, those countries are governed regionally. And then you have countries like India, where you create the product in-house and you sell the product in-house. They don't report to the region anymore. There is oversight from the region, but the reporting is actually to the CEO of HSBC MF. This change has made things much faster.

Do you think it’s tough for a foreign AMC to crack the Indian MF market?

It’s tough if you don't adopt certain things that are important in India. For example, if you say you don't want to be present in tier two, tier three cities, then it’s tough. If you don't allow your fund management team to interact with distribution partners, it’s tough. There are certain things which are unique to India, if you're able to get those things in place, I don't see any difference between a foreign AMC and an Indian AMC.

Any gaps in your combined portfolio of funds?

One big gap is on the equity side, as we don't have a multi-cap fund, which will open on January 10. There's also a gap on the fixed income side. Also, we want to launch exchange-traded funds (ETFs) and a couple of portfolio management service (PMS) products going ahead.

How are you going to ensure that the data of your investors is going to remain only with the fund house and is not shared with the bank for cross selling?

By law, we are not allowed to share data.

I cannot give my data to the bank, saying please cross-sell your products to our premier customers. Second, both the entities would be in segregated spaces with restricted access. Also, across various towns and cities, we will be setting up our own branches, HSBC Mutual Fund will be independent of the bank’s branches. 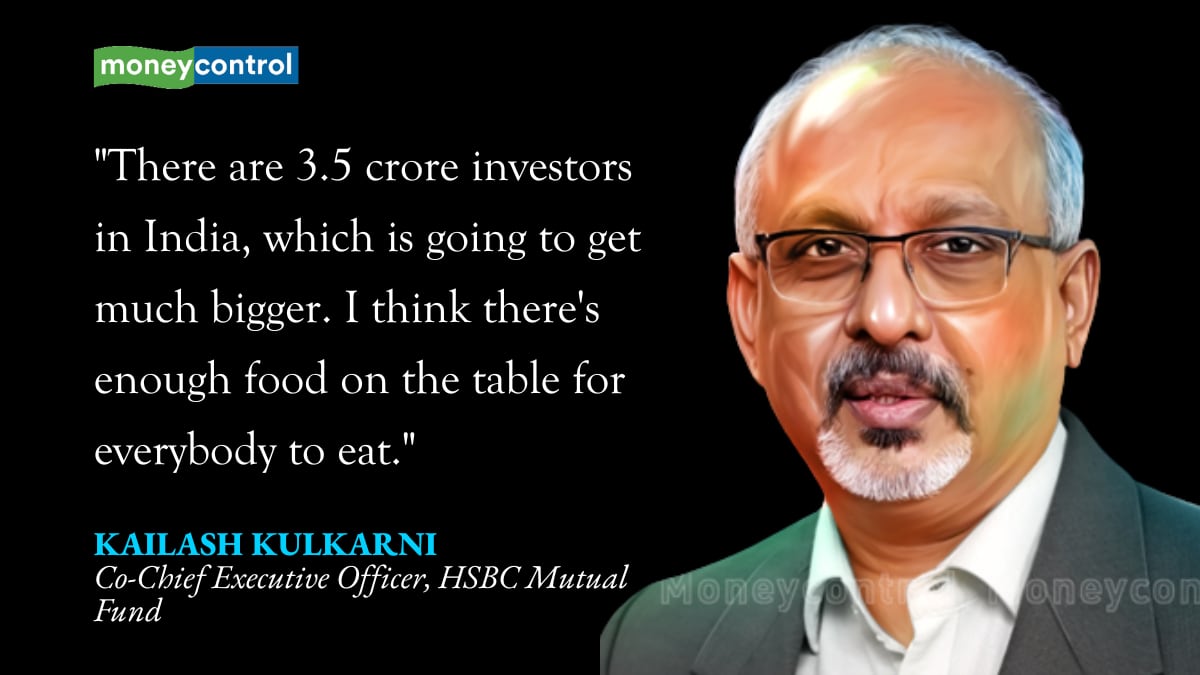 You will also face competition from new entrants coming in, PMS players, and curated portfolio services. How do you view this competition?

I don't see PMS and curated portfolios as competitors at all. PMS and curated portfolios cater to HNIs (high net-worth individuals). As an HNI, you have money, part of which is allocated to MFs, some for early-stage startups, etc. We just have 3.5 crore investors in our industry, which is going to get much bigger. I think there's enough food on the table for everybody to eat.